(BGF) – Germany’s Chancellor Angela Merkel was awarded the World Leader in Peace, Security and Development for her “exemplary leadership in promoting peace, security, and development not only in Germany but in the EU and adjoining regions” in the Global Cybersecurity Day event which was held on December 12 at Harvard Faculty Club.

Below is the transcript of the remarks:

I am pleased to announce a recipient of this year’s World Leader in Peace, Security, and Development Award—Chancellor Angela Merkel.

The award is given to individuals who display exemplary leadership in promoting peace, security, and development.

Chancellor Merkel has worked tirelessly toward these goals, not only in Germany but in the EU and adjoining regions.

Now in her 10th year as chancellor, she has a legacy few post-war European leaders can match. She has led Germany through its economic recovery, while also holding together the Euro Zone as it faced the danger of default by a member nation. She has led the European response to the crisis in Ukraine, promoting tough sanctions while speaking out against those that would escalate the military conflict.

Most recently, she has led the European response to the refugee crisis and done so by example, opening Germany’s borders and doors to nearly a million asylum seekers. In words addressed to the German people but intended for all of Europe, she said:

“In many regions war and terror prevail. States disintegrate. For many years we have read about this. We have heard about it. We have seen it on TV. But we had not yet sufficiently understood that what happens in Aleppo and Mosul can affect Essen or Stuttgart. We have to face that now.

Such efforts have put Chancellor Merkel in the forefront among world leaders in advancing the cause of peace, security, and development. The Boston Global Forum is honored to present her this award.’’

Mr. Ralf Horlemann, consul general in Boston for the Federal Republic of Germany, in expressing the chancellor’s appreciation for the award, told Governor Dukakis: 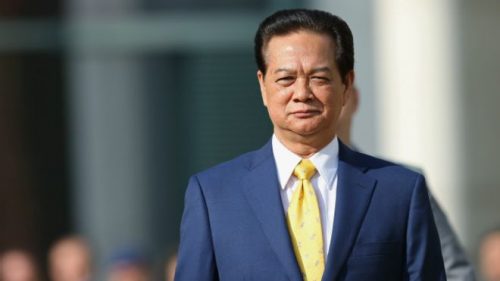