At its second annual Global Cybersecurity Day conference, the Boston Global Forum will announce the recipient of this year’s “World Leader for Peace, Security, and Development” award: Ban Ki Moon is a South Korean career diplomat who became the eighth Secretary General of the United Nations, when he succeeded Kofi Annan in 2006.

The Boston Global Forum is recognizing Ban for leading the UNESCO Global Education First Initiative whose aim is to put every child in school because education is a right, improve the quality of learning to include improving world literacy and foster global citizenship that cultivates respect for the world, each other and prepares children for the interconnected challenges of the 21st Century. Says Ban, “when we put Education First, we can reduce poverty and hunger, end wasted potential – and look forward to stronger and better societies for all.”

Additionally in 2016, the Secretary-General worked to reduce conflict and suffering in Syria, Kashmir, along the India-Pakistan border, in Ghana and between Israel and the Palestinians. He also commended the Columbian government and The Columbian People’s Army (FARC-EP) coming to a modified peace agreement.

Ezra Vogel, of Boston Global Forum, and Harvard Professor Emeritus, credited Ban for his “absolutely sincere dedication to making the world a better place, with peace and cooperation between countries.”

Boston Global Forum Chairman Governor Michael Dukakis will make the announcement and speak in honor of Secretary-General Ban Ki-moon at the start of the conference:

Speaking at this Monday’s event are:

Kim Taipale, Founder and executive director of the Stilwell Center

The Boston Global Forum established “Global Cybersecurity Day” to shine a harsh light on the growing menace of cyber threats and to call for a worldwide effort to create a secure and clean Internet environment and to prevent the outbreak of cyberwar,“ explains Tuan Anh Nguyen, BGF cofounder. Nguyen is widely credited for bringing uncensored and open internet access to modern Vietnam.

Nguyen says, “Each year we invite leading scholars and cybersecurity experts to participate in international discussions aimed at identifying practical solutions to the growing peril of state-sponsored, terrorist and criminally motivated cyber threats. We also honor outstanding people who have made the greatest contributions to peace and security during the year.”

“We need to make cybersecurity an imperative—as individuals, as organizations, as governments, as the international community. To this end, the Boston Global Forum has developed the Ethics Code of Conduct for Cyber Peace and Security that prescribes how netizens, IT experts, institutions, governments, and others should act to advance the cause of cybersecurity.” 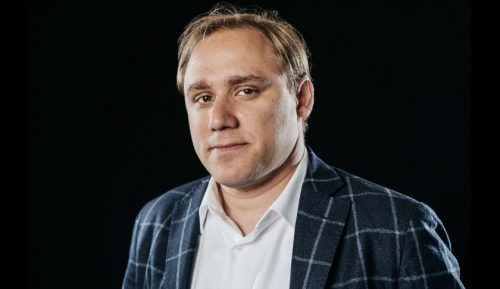