On May 1, His Imperial Highness the Crown Prince will accede to the Imperial throne, and this new era name will be used from that day forward. I ask for the understanding and cooperation of the people on this. The government is taking all possible measures to prepare for this historic succession to the Imperial throne from a living Emperor — the first such instance in approximately 200 years — to take place smoothly, and for the Japanese people to celebrate the day with one accord.

Prime Minister was honored as a World Leader for Peace and Cybersecurity Award 2015 by Governor Michael Dukakis, Co-founder and Chairman of the Boston Global Forum, on Global Cybersecurity Day, December 12, 2015, at Harvard University Faculty Club. Prime Minister Abe delivered a speech on cybersecurity at this event. 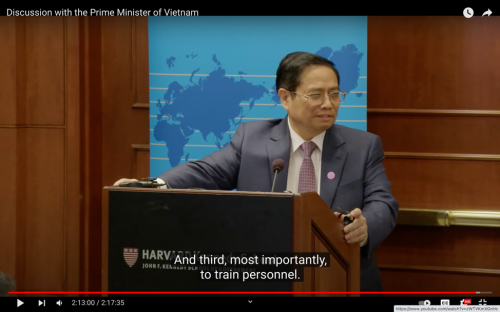