As being the three-term Massachusetts governor, Michael Dukakis has left his own impressive political leadership legacy. Under his leadership, the unemployment in Massachusetts was cut from more than 11% to 3.4%, helped create more than 400,000 jobs in 5 years. Massachusetts also cut crime 13% from 1983 to 1988 while crime increased nationally. He created the Home Ownership Opportunity Program, providing more than $200 million for 2,500 privately built units at 30 to 40% below market prices for first time buyers, helped private developers build 8,000 new housing units and bonded almost a billion dollars for programs to produce public housing, increased funding for the homeless from $9 million in 1983 to $160 million in 1988. He also enacted one of the most effective state Superfund laws in the nation, protecting the children from deadly toxic wastes. He was the first Governor to pass a universal health care bill, requiring employers to provide health insurance to all their employees and the state to provide for the unemployed. He balanced 10 state budgets in 10 years, and cut taxes 5 times in 5 years, etc.

After ending his political career, Michael Dukakis began training and mentoring the youth for the next generation of leadership. Through his speech and lectures, sharing the stories from past decision makers, he helped potential managers to develop the skills that they need to be extremely effective as a leaders.

In 1999, The Kitty and Michael Dukakis Center for Urban and Regional Policy was established to providing Northeastern University with the capacity to carry out state-of-the-art applied research on a broad range of urban issues from affordable housing and local economic development to workforce training, state and local finance, and transportation planning.

In 2012, The Boston Global Forum was founded by Michael Dukakis and Mr. Nguyen Anh Tuan, the Founder and former Chairman of the VietNamNet Media Group and the Founder and Editor-in-Chief of VietNamNet Online Newspaper in Vietnam, to bring together thought leaders across the globe onto an open forum to address the issues that affect the world at large. BGF’s mission is to facilitate collaboration to identify, discuss, and propose meaningful, creative, and practical solutions to profound and pressing issues of societal concern.

Besides, through the generous support of Marilyn and Calvin Gross (Harvard College 1956), the Michael S. Dukakis Governors’ Summer Fellowship exposes talented Harvard Kennedy School students, aspiring to leadership roles in state government, to the unique challenges of statelevel public service. Dukakis Fellows serve in the executive offices of governors across the country during the summer between their first and second year of graduate study. Students get an up-close look at the challenges and opportunities that define the highest levels of state government and have first-hand involvement in addressing those challenges, particularly in the areas of policy and budget. 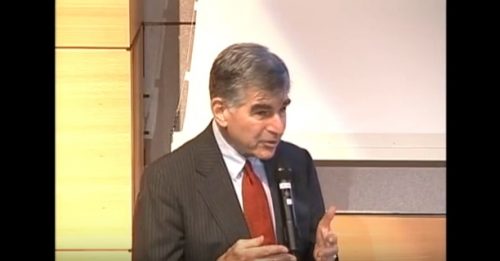