Dukakis declared his candidacy for Governor in October 1973. A year later he and running mate Thomas P. O’Neill III soundly defeated incumbents Francis W. Sargent and Donald Dwight. Dukakis was inaugurated as the 65th Governor of the Commonwealth on January 2, 1975. At the time, the state unemployment rate was nearly 12 percent (second highest in the country), and the Commonwealth faced a deficit of over half a billion dollars. Under Dukakis, Massachusetts unemployment dropped to 4.3 percent by October 1978, 250,000 new jobs were added to the state’s economy, and he left the Massachusetts state government in 1979 with a budget surplus of $200 million.

In the September 1978 Democratic gubernatorial primary election Dukakis was defeated by Edward J. King, who was subsequently elected Governor. Upon leaving office, Dukakis was appointed lecturer, Director of Intergovernmental Studies, and Chairman of the program for senior executives in state and local government at the John F. Kennedy School of Government at Harvard University.

Dukakis ran for Governor again in 1982 and defeated incumbent Edward J. King in the Democratic primary. He was again inaugurated Governor of Massachusetts on January 6, 1983. His second term was highlighted by innovative programs such as the Employment and Training Choices program (ET) and the Governor’s Alliance Against Drugs. ET helped more than 30,000 welfare recipients find jobs with more than 8,000 of the state’s businesses, saving taxpayers an estimated $107 million in 1986 alone. The Governor’s Alliance Against Drugs was a state-wide effort involving public and private leaders to increase drug and alcohol awareness in Massachusetts schools. In 1984 Dukakis presented the platform to the Democratic Convention in San Francisco, and in August 1986 he was elected Chairman of the Democratic Governors’ Association. Dukakis was elected the nation’s most effective Governor by his peers in 1986.

Dukakis took advantage of an economic boom, dubbed the “Massachusetts Miracle,” and was re-elected to an unprecedented third four-year term in 1986. 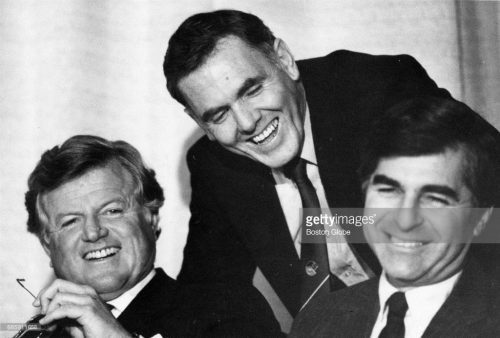 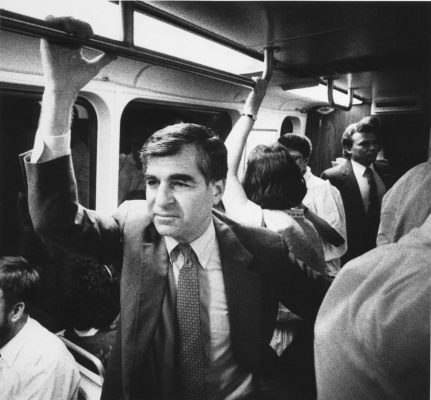 Michael Dukakis: unlike any other candidate