More investment in tech that addresses climate change. With all due respect to Greta Thunberg and the efforts of young people across the globe to bring attention to climate change, governments may never agree on how to properly address our lurch toward environmental suicide. Which is why it is critically important that tech turn its focus toward creating products that will save us. The amount of investment in green technology remains stubbornly low compared with other tech sectors. Bill Gates and Elon Musk have been making more investments in this area, but they remain the only big names doing so. That’s too bad, since I think the world’s first trillionaire will be a green-tech entrepreneur. There are many areas to explore, including battery storage, renewables, software and artificial intelligence to help us understand climate data, the food ecosystem and even the way we construct our buildings. The most important challenge is finding a way to keep carbon in the ground — and figuring out the best way to do that provides a golden opportunity for entrepreneurs.

Automation for good. There has been a lot of discussion about the job-killing potential of tech, including how an unholy combination of automation, robotics and artificial intelligence will be the death of employment. Many jobs will, in fact, be replaced by tech, especially ones that are rote and also many that are high paying in medicine, law and more. But this is also an opportunity to rethink the entire way we imagine employment and education. The smartest minds in tech should be thinking about reformulating and recalibrating the workplace and the structure of businesses. And rather than accept that poor pay and poor protections for gig workers are inevitable and that the pressures of a global work force are too hard to push back, tech companies should figure out how to creatively and humanely deploy talent across the world to show that they are interested in dealing with the consequences of their inventions.

Is there a business in depolarization? I get that the forces of cynicism, manipulation and hate are forever on the digital march, but I am convinced that there is money to be made in appealing to our weariness with how our tech lives have been shaped. There are ways to foster digital interaction that do not have to incite rage. The reason much of social media feels so toxic is it has been built for speed, virality and attention grabbing rather than for context and accuracy. While it seems impossible to imagine a new kind of social-network product in the shadow of Facebook, TikTok, for all its controversy as a Chinese-owned company, has been a runaway success (the first big social success since Snapchat arrived in 2011), and there is room for more. There are opportunities to create new forms of communication that give the advantage to users — by strictly enforcing behavior standards and eliminating anonymity, and most of all, with advertising-based business plans that are not predicated on taking advantage of our personal data.

Can diversity keep on punching? One of the great disappointments of the past decade has been the continued racial, gender and age imbalance in the leadership teams and, more important, in the ownership of most tech companies. That would be mostly white men, and more specifically, young white men. All the reporting that has been done by the companies themselves on this imbalance — kudos for finally counting what has been clear to anyone who can see — has also made it apparent that the numbers are not moving in a more inclusive direction. You can debate how talent is discovered and developed all you want, but the bottom line is that a more diverse work force results in more innovative products. Which is why the recent start of several women-led venture capital firms — many of which have been funded by investors like Melinda Gates — is an encouraging sign. Capital formation is where it all begins, and eliminating the “cap gap” — capitalization tables that are skewed to one kind of investor — is digging into the heart of the problem.

Will you put down that phone? There has been a lot of gnashing and wailing about screen addiction, “sharenting” and the myriad other negative effects of all the devices we have come to rely on. (I am guilty as charged.) These gadgets have been designed to hook you, not unlike sugar or cigarettes or gambling or opiates. The well known techie Tristan Harris calls it “human downgrading” — and he’s right. But there is yet another opportunity here to push for design ethics, a movement that I think will gain traction as we all assess what our dives into digital have done to humanity. While our tech devices have, on the whole, been good for most people, there is a true business opportunity in making them work more efficiently and without a reliance on addiction. Whether we move toward more intuitively created tech that surrounds us or that incorporates into our bodies (yes, that’s coming), I am going to predict that carrying around a device in our hand and staring at it will be a thing of the past by 2030. And like the electrical grid we rely on daily, most tech will become invisible.

That’s right, I am calling it now: There will be an internet in the future that stops screaming at us. Added bonus: President Trump’s tweets will probably be gone, too.

The AIWS Innovation Network (AIWS-IN), with the domain name AIWS.world, will monitor AI developments and uses by governments, corporations, and non-profit organizations to assess whether they comply with the norms and standards codified in the AIWS Social Contract 2020. Noncompliant actors will be identified and publicized through fact-based reports.

AIWS Young Leaders will be a cornerstone of the monitoring effort, given their connection to AI developments in their respective countries. 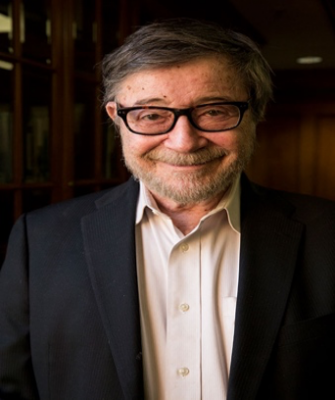