I want to start by thanking Governor Michael Dukakis and Boston Global Forum for selecting me for the World Leader for Peace and Security Award 2021. I am honoured and proud both for the award and for the opportunity to address you today. Your organisation plays an important role in working for a more peaceful and secure world, for instance by raising both the potentials and risks of artificial intelligence and other digital technologies. Your initiative on Global Law and Accord on AI and Digital is timely and important.

Tomorrow on December 13th we celebrate Lucia in Sweden. Lucia is an ancient mythical figure with a role as a bearer of light in the dark Swedish winters.

If there is one thing most people associate with Christmastime, it must be light. To me, light symbolises both hope and faith in the future; two things we truly need, both as individuals and as a society.

And I believe our need for light and hope is greater than it has been in a long time. The pandemic is not over, even if there might be light at the end of the tunnel, and we will forever carry with us the memories of all that we have lost and everyone we have lost.

I feel very humbled when I read the motivation of the award honouring me for my “efforts, in a turbulent political landscape, to enhance transparency, knowledge and public trust in the complicated processes of forming government in Sweden”. I would like to begin by elaborating a bit on this and its connection with global peace and security. I will then move on to talk about issues related to the theme of the symposium – “Global Law and Accord on AI and Digital”. Firstly, let me say that I think it is of great significance that you have presented your distinguished award to a Speaker, a leader of a parliament. Often, in international politics, there is great focus on Governments and Presidents and you have previously honoured representatives of the executive branch in countries and organizations. It is of course very relevant to look for global leaders among heads of states and governments, but by highlighting also the importance of parliaments, I think you send an important signal. In that sense I proudly accept this award not only for myself but on behalf of all leaders of democratically elected parliaments.

Winston Churchill once said: “I am a child of the House of Commons”. I think that is a beautiful way of underscoring the importance of parliaments also for a famous head of government. Parliaments are at the heart of democracy. The Swedish constitution states that the Parliament is the foremost representative of the people in our democracy. Of course, in democratic countries also Governments and Presidents have democratic legitimacy, but there is a special bond between the Parliament and the people, forged not least through direct elections.

Secondly, I believe that democracy is a prerequisite for lasting global peace and security. Many of the tensions and conflicts we can see in the world today within countries and between countries originate from a lack of democracy – a lack of respect for freedom of speech, for minority rights, for rule of law and for other fundamental parts of a democratic society.

From that perspective I think that by giving the leader of a parliament your award, you recognize the importance parliaments have for democracy and the importance democracy has for global peace and security. For this, I truly commend you.

Moving on to the specific events you allude to in the motivation, we have in Sweden experienced an electoral period like no other. When a prime minister resigns and a new government is formed, it is in Sweden the task of the Speaker – not, as in most other countries, the Head of State – to prepare a proposal for a new prime minister who can gain sufficient support in the parliament. We have now had three such governmental formations since the last election in 2018.

This period started with a record-long process of formation of government in 2018-2019, a process that took a total of 134 days. This was followed by a government crisis in June to July this year, and then in November, I received the application from Prime Minister Stefan Löfven of the Social Democratic Party, to be discharged from office.

Thus, in November we had the third formation of government of this electoral period, and on 30 November, a new Government took office with Ms Magdalena Andersson from the same party as Prime Minister.

During these many twists and turns, I have worked hard to explain the processes to the Swedish people and demonstrate that the many formations of government have not meant a crisis for democracy.

Swedish democracy stands strong. All the actors taking part in these processes have used the various tools available to them in the parliamentary toolbox. Certain events may have been rather turbulent, but they are all a result of the rules of democracy. As a Speaker, I may not act in a partisan way and I have tried my very best to be a neutral broker and a representative of the Parliament as an institution, not of any particular party. In order to maintain public trust in the political processes I think it is important that there are representatives who are not embroiled in fights but who try to calm the situation. I am humbled and grateful that you, Governor Dukakis, and the BGF, have chosen to give me your award because of these efforts.

I think it is important to take note of the fact that since around 1980, we witnessed a positive trend with more and more states moving from authoritarian to democratic rule.  However, since a few years back, that positive trend has been reversed, and a larger proportion of citizens on this planet are now living in authoritarian countries. It is clear that the pandemic has accentuated this negative trend.

It is alarming how leaders in different parts of the world are using the COVID-19 crisis for authoritarian purposes such as silencing independent media and obstructing the ability of civil society to make its voice heard.

Current developments with regard to the rule of law also require attention. Basically, the rule of law is a system that restricts arbitrary exercise of power, a system where laws are applied equally for all – I believe that a strong sense of this crucial principle is a prerequisite in sustaining basic rights and freedoms. I believe there is reason for concern in this regard.

Sweden supports efforts to defend and promote this principle and to improve the tools needed by the institutions and member states of the European Union to strengthen the rule of law, within the Union and globally.

For the rule of law to be a ruling principle, it also needs to be enforced by the legal system. Protecting the security and integrity of judges, prosecutors and civil servants must therefore be a key issue in any discussions on how to promote democracy.

Sweden is very active on the global stage to promote peace, security and democracy, and this is supported by both the Government and the Parliament.

The Boston Global Forum has worked a lot with important issues regarding AI and other matters relating to digitalisation. Let me now give som perspectives on those issues.

The pandemic has served as a catalyst for an accelerating digitalisation. Digitalisation and artificial intelligence raises questions that need to be addressed. When and how to share data and information is for instance a central question for all companies and government agencies working with data driven methods. It is now more important than ever that we all work for technology that is trustworthy, secure and human-centric.

I would like to mention a couple of examples of issues that are topical in Sweden and that concern rule of law and inclusivity, in a time when more and more of the activities of our public agencies are being digitalised.

The Swedish National Audit Office has examined whether automated decision-making by government agencies is effective and efficient, without jeopardising legal certainty in decision-making.

The overall conclusion is that automated decision-making by government agencies has led to increased effectiveness and efficiency and that fundamental legal certainty aspects have improved to some extent. However, there are shortcomings in the agencies’ processing of cases with a high risk of fraud and error. In addition, there is far too limited follow-up of the correctness of automated decisions. There is therefore a risk that resources for manual control and follow-up have too frequently been accorded too low a priority.

Another audit shows that the accessibility of government agencies has deteriorated in non-digital channels. Digitalisation of government agencies’ activities contributes to more efficient and improved service for citizens. But for many people, being able to access services by phone or by visiting in person is still important.

The audit shows that many public agencies have become less accessible in non-digital channels in the past ten years.

Agencies’ customer contacts in digital channels have increased significantly, but despite this, the number of phone calls has not decreased. Simpler cases are now often managed online, at the same time as more phone calls come from people needing guidance on how to use such online services.

The conclusion is that digitalisation of the public agencies’ services represents good management of central government resources. Nevertheless, the opportunity to contact agencies by phone and at a physical office is still important.

These are examples of questions that need to be taken into account in the continued digitalisation process.

Martin Luther King said “Only in the darkness can you see the stars”.

Right now, our need for hope and light is perhaps greater than usual, as well with regard to the pandemic as with regard to democracy. But we can all take comfort in the fact that the light will return to our societies. In the long run, light is always more powerful than darkness.

Democracy is facing challenges, but we all have to do our utmost to defend it. I am hopeful that we will succeed. Let us, together continue to develop our countries and the global society along a path built on the cornerstones of democracy.

Because in unsettled times, democracy is the beacon of light that can guide us through the darkness. Manifesto “AIWS Actions to create an Age of Global Enlightenment” 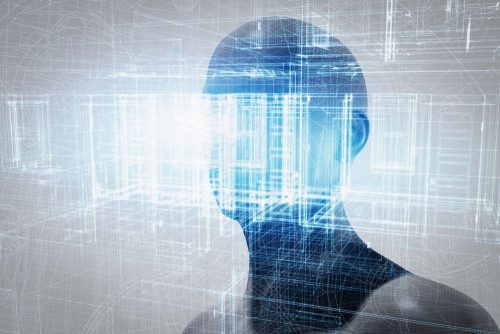 The Boston Globe Letters – Globe Opinion: AI, a means of progress, can do harm if in the wrong hands “Laurel for Peace and Security in Ukraine” Initiative REMARKS BY H.E. Mr. Nguyen Hai Ninh IN “BUILDING NHA TRANG – KHANH HOA INTO A FLAGSHIP AREA OF THE AGE OF GLOBAL ENLIGHTENMENT”