On May 5, 2020, the Boston Global Forum and Michael Dukakis Institute announced the Framework for the Social Contract 2020, a New Social Contract in the Age of AI, version 1.0.

Just as the Social Contract of the 18th Century helped shape a new world, Social Contract 2020 also has a transformative vision: It transcends the technological features of artificial intelligence per se, and seeks to provide foundations for a new society — one based on the profound, widespread, ethical and just application of AI.  (Note, for example, how the Covid-19 pandemic urgently requires a new society with new structure and order). Social Contract 2020 lays the foundation and standards for a new international system; it focuses on the conduct of each nation, relations with non-state actors (such as international business and not for profit entities), and the interconnection of nations (and their relations with organized entities) on a worldwide basis.  While TCP / IP is the platform for communication among internet users, Social Contract 2020 can be seen as a platform for connection between governments, stakeholders, and private and public institutions.

This is the first Social Contract in the 21st century, the Age of AI, for a new society and world. 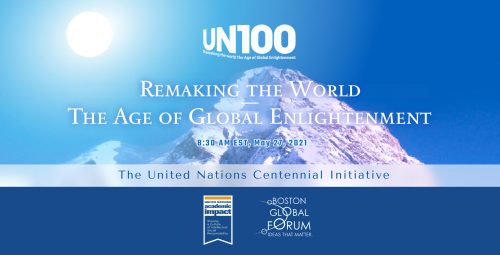 Launching the book “Remaking the world – The Age of Global Enlightenment”